The company Lufussa, member of the Group Light and Force (GLF), signed a collaboration agreement with the institutions that make up the commission of Verification and Control of the Gulf of Fonseca (CVC-GOLF) and the Secretariat of natural Resources, environment and mines (MiAmbiente) In order to preserve and increase the population of olive turtles in the Gulf of Honduran Fonseca.

They are part of the CVC-GOLF the municipal mayor of Marcovia, the 101 Brigade of Infantry, Pro-Golfo, Codefagolf, Digipesca, Andah, the UNAH and representatives of the civil society of the South Zone of the country.

Every year, in early September, southern Honduras witnessed the arrival of hundreds of turtles entering the Gulf of Fonseca to spawn. In his brief visit to the beaches of the region, each of them will leave between 80 and 120 eggs that 45 days later hatch.

Despite the large number of eggs, the turtles that reach adulthood are very few. The nests are constantly attacked by animals, preventing many of them from even being born. Those that do and manage to cross the sand of the beach, have to overcome a long voyage in the sea full of obstacles, including birds and fish, which makes only a few get out of the Gulf and reach adulthood.

The Ridley Turtle has become a symbol of identity for the coastal communities of southern Honduras and its protection has been made indispensable to try to reverse the extinction process. To stop this tragedy, the inhabitants of El Venado, Punta Condega, Punta Raton, Cedeño and Boca del Rio Viejo, communities located in the municipality of Marcovia, Choluteca, are organized in real brigades to patrol the beaches and collect the eggs that the Turtles abandon their fate, them some nurseries that watch 24 hours a day, waiting for the new Gulf turtles to be born.

Lufussa for the past nine years has been delivering resources for the purchase of materials, fuel acquisition, payment for specialized technical assistance during the planting and incubation of eggs, birth of neonates, release and tabulation of data Biological, among other activities.

To date, more than 400.000 turtles have been released as a result of this program.

Christopher Kafie, of Lufussa, was satisfied with the signing of this agreement: “This will be the ninth year we have been supporting this important program.” With the signing of this agreement we reiterate that Lufussa, in addition to generating the energy that Honduras needs for its development at the lowest price, prioritizes the care of the environment, as well as the improvement of the standard of living of our neighboring communities. I would also like to congratulate CVC-Golfo, MiAmbiente, the communities and fishermen of the South area for their commitment, as they are elemental part for the success of the conservation of the Ridley Turtle. 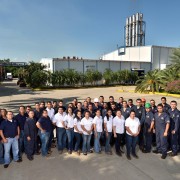 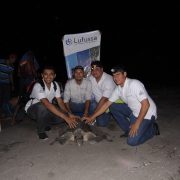 A successful closure of turtles in the Gulf of Fonseca 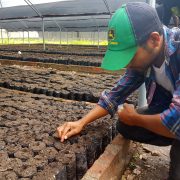 Followon Twitter
Lufussa and Honduras Outreach bring social assistance to communities in the...